Jaguars top the charts as 80% of entries sell

With life slowly getting back to normal after 18 months of lockdowns and Covid restrictions, viewers came out in force to physically inspect the 177 lots on offer in Brightwells’ fifth Classic Car & Motorcycle auction of the year. Although the actual bidding was yet again restricted to the online-only format, buyers were keen to pounce and by the time the dust had settled, 80% of entries had been sold for a total of £1.35m with bidders from all corners of the globe.

Top seller of the day was an ex-California 1960 Jaguar XK150SE 3.8 Drophead Coupe which had only covered 2,500 miles since a full restoration almost 20 years ago and which raised an impressive £89,710. Not far behind was an equally good 1969 Jaguar E-Type S2 Roadster with a factory hard top and some judicious mechanical upgrades which soared way beyond its £45k - £55k estimate to finish on £72,930. A 1966 Jaguar E-Type S1 2+2 Coupe which had been restored in South Africa in the 1990s and converted from auto to manual also did well at £42,560 despite being in need of a full repaint to get it looking really good.

Much admired during the viewing was an exceptionally smart 1972 Jensen Interceptor MkIII which had been fully restored in the early 1990s and barely driven since. Carefully recommissioned before the sale, it fully justified the £50,810 required to secure it and could yet prove a smart buy, this being a model which has long seemed undervalued compared to period rivals from Aston Martin and Jaguar.

Fast Fords have continued their relentless rise in value so it was no real surprise that a stunning 1992 Ford Escort RS Cosworth with only 58k miles made £56,560, this being at least double what it would have made only five short years ago. What was surprising was the remarkable result achieved by a 1994 Mercedes-Benz E320 Cabriolet with 88k miles on the clock. Sensibly estimated at £11k - £14k it was a nice-looking car with some tasteful AMG styling tweaks but the final price of £27,400 was still a shock and has no doubt given the price guide compilers something to think about…

Classic BMWs have always had a strong following as they are still perfectly suited to everyday use so it was fairly predictable that the two most interesting ones on offer comfortably beat their estimates, a 1995 BMW M5 (E34) with 90k miles romping to £20,770 while a 1974 BMW 2002Tii with around 70k miles made £17,750. By way of contrast, a much rarer but rather less usable 1959 BMW 501 V8 fell some £9k short of its £28k reserve, no doubt being further hampered by a few cosmetic issues and UK-unfriendly LHD. 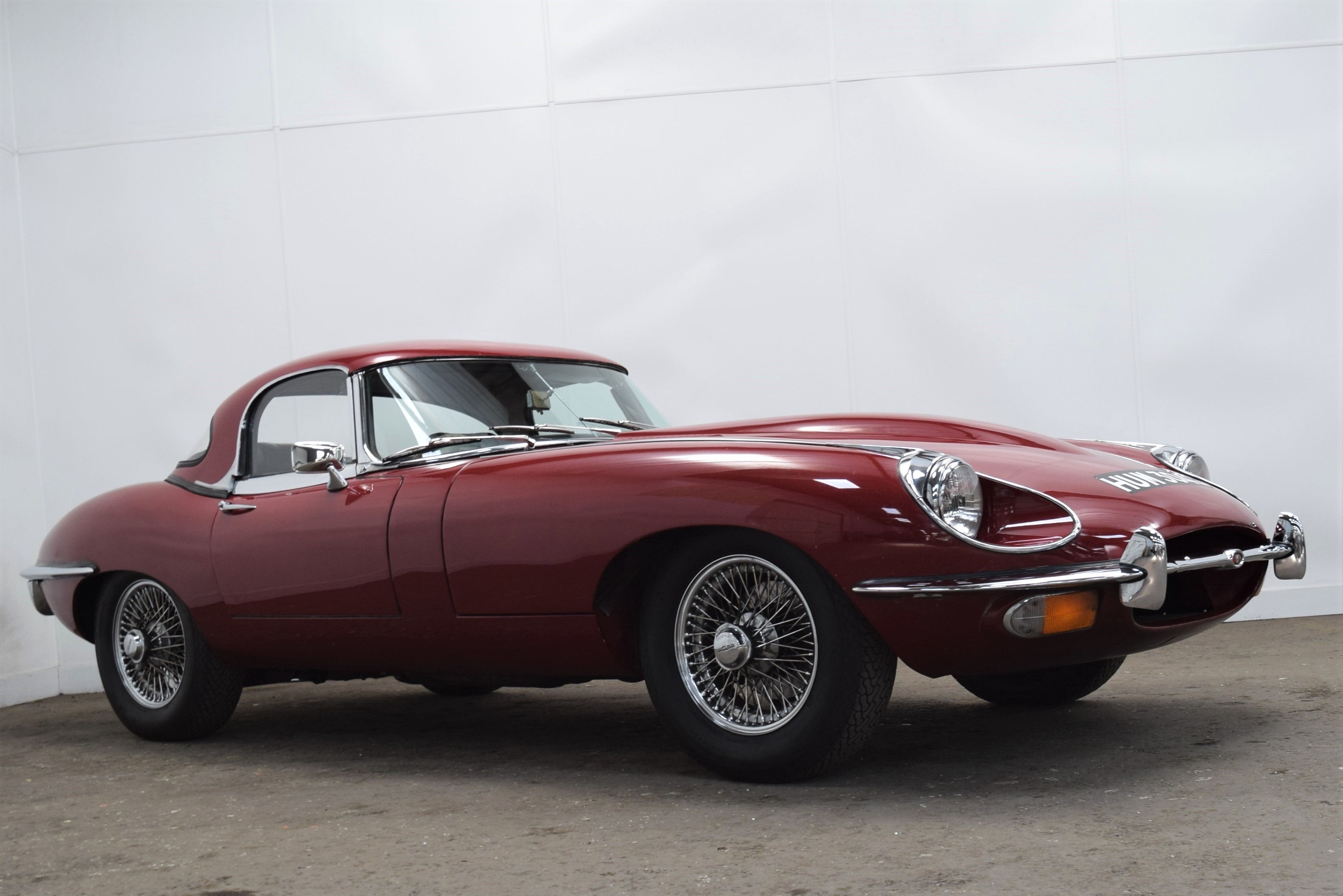 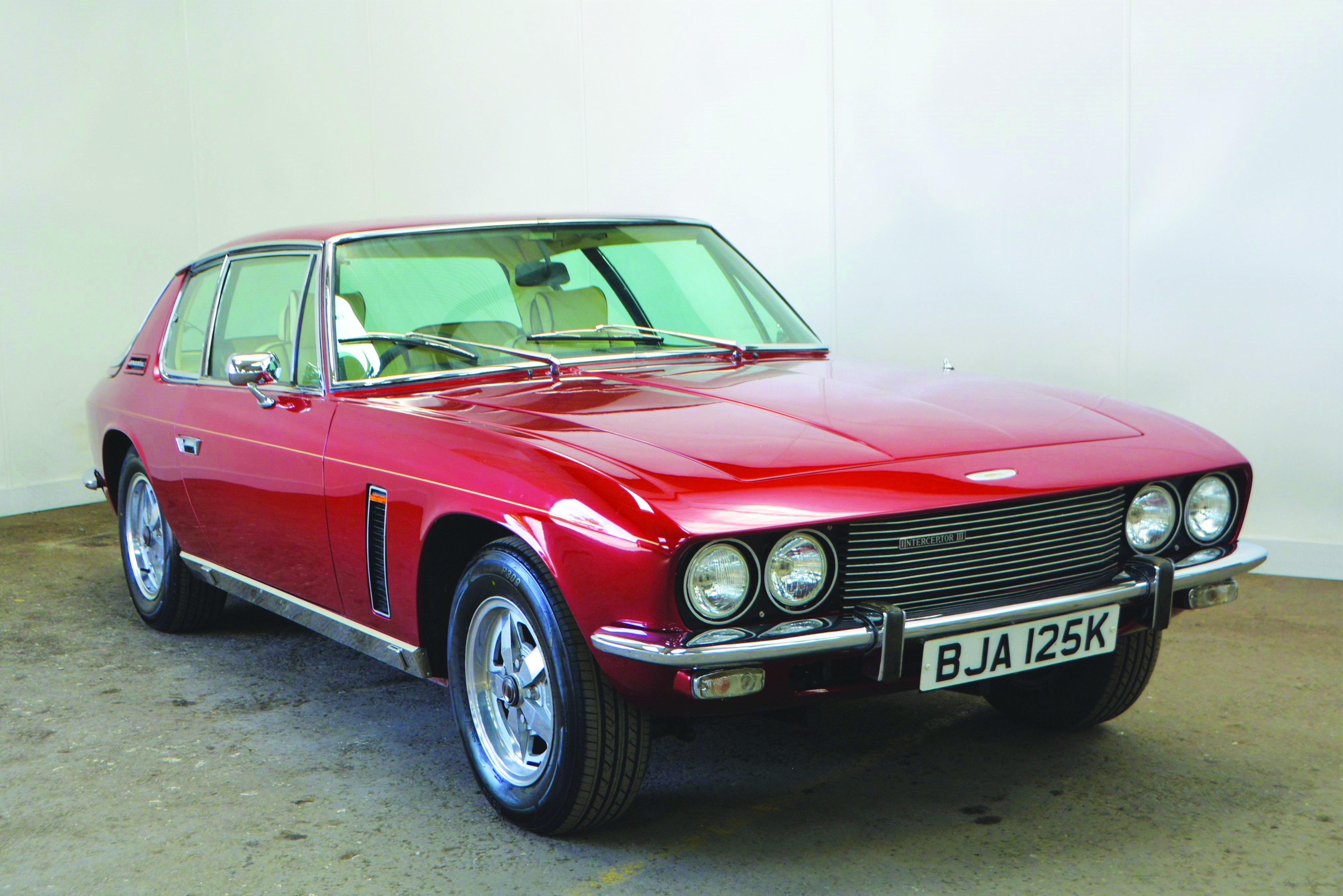 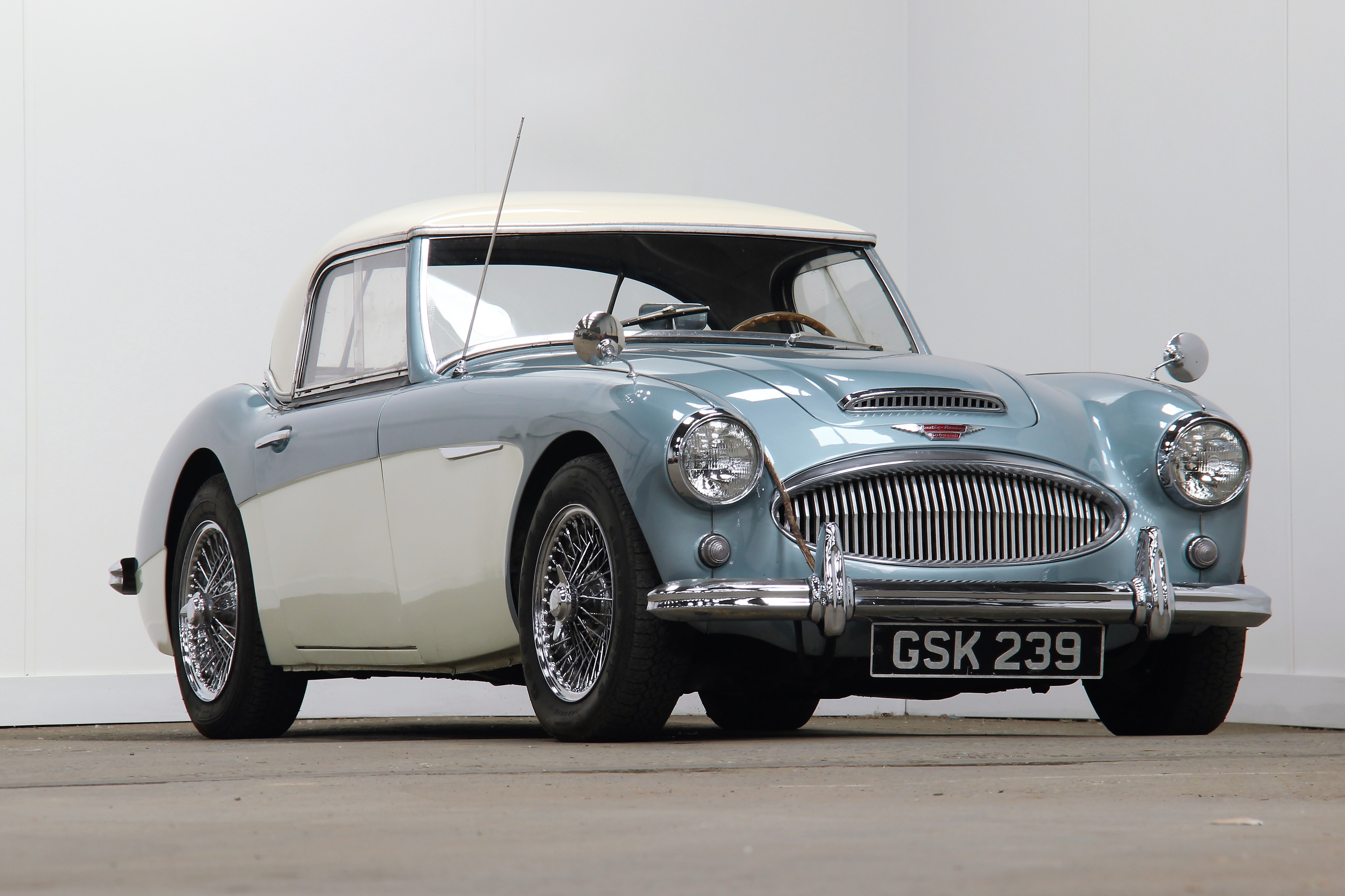 Everyone loves an Austin-Healey 3000 so the LHD 1962 MkII BT7 in use and improve condition was soon snapped up for £29,120 while an equally popular 1973 Triumph Stag manual overdrive shot £5k above its bottom estimate to finish on £14,950. Morgans always do well at Brightwells and a nicely restored 1970 Morgan 4/4 Sports with a galvanised chassis and a 1,700cc Crossflow engine made a healthy £26,160. Rather more quirky was a 1953 Jowett Jupiter, one of only 899 made and fresh from a ground-up restoration but still needing a few minor bits to finish which made £25,980, no doubt helped along by an exceptionally good sage green paint job.

Blackpool’s favourite sportscar always has a loyal following and both the TVRs on offer successfully changed hands, although it was a bit puzzling that the 1999 Chimaera 400 with 56k miles made rather more than the rarer and more powerful 1998 Chimaera 500 with 77k miles - £15,120 and £11,700 respectively. Admittedly the 400 was slightly better cosmetically but the 500 did seem something of a bargain by comparison. Also well bought was a smart 1955 Ford Zephyr Six Convertible from 30-year ownership which went below the £20k reserve at £16,800. A 1993 Bentley Continental R also looked like a lot of car for £20,160 although it had covered an unusually high 150k mileage. A smart 1952 Bentley MkVI Saloon in a rather ‘Marmite’ gold/brown colour scheme fetched £28,000.

All 11 cars from The Automobile magazine’s ‘Oily Rag’ Reserve Collection successfully found new homes, top honours going to a fantastically patinated 1908 Franklin Model G Tourer which had been last driven over 100 years ago and fetched £25,480. An equally well-preserved 1921 Ford Model T Saloon with rare and possibly unique coachwork by Ball of Birmingham made £11,480 and a wonderfully quirky 1929 Tatra T12 Saloon with a Weymann fabric body raised £9,140.

Other pre-war results of note included a beautifully presented 1934 Alvis Crested Eagle Special with Vanden Plas-style open four-seater coachwork which flew well beyond estimate to finish on £35,280. An extremely rare and rather primitive 1911 AC Sociable also did well at £15,240, while a 1935 Austin 7 Ulster Replica and a 1932 Austin 7 Chummy with a later Ruby chassis both made £11,200 apiece.

All but two of the 14 motorbikes on offer were successfully sold, top price going to a 1921 ABC 398cc TT which made £8,570 while a nicely original 1952 Sunbeam S8 fetched £4,370. A pair of otherwise fairly unremarkable Japanese machines virtually doubled their estimates, a 1997 Kawasaki KE100 raising £2,910 and a 2000 Honda CB600F £3,150, the explanation being that both had been owned from new by Pink Floyd drummer and legendary car collector, Nick Mason.

The next Brightwells Classic auction will be on 16th September with a closing date for entries of 3rd September. The market remains remarkably lively across all sectors from vintage to modern so if you are thinking of selling, please get in touch by calling the team on 01568 611122 or by emailing classiccars@brightwells.com

All prices shown include the 12% buyer’s premium 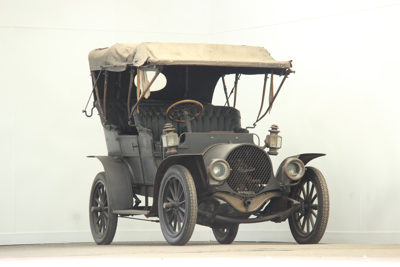 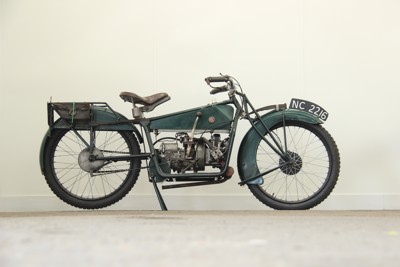